SPORTENG, on-behalf of the Victorian State Government, undertook condition assessments of over 30 sites within inner-city Melbourne region to identify appropriate locations for the proposed Inner-City Netball Program. The $9.6m program was delivered across four (4) inner Melbourne council regions at 21 sites to increase the courts available for netball within the area and improve the existing facilities (i.e. light upgrade, pavilion works, etc.).

Thornbury High School was identified as a site that could be developed to into a six-court facility by undertaking upgrade works to the three existing courts and construction another three courts adjacent. The additional three courts were required to be netball and tennis compliance.

As part of the project a two-lane cricket net facility was also included into the scope.

The geotechnical report identified that the subgrade material was undesirable therefore the pavement design would need to address the findings in the report.

The existing combined courts were multi-use basketball/netball line marked. On assessment the interchangeable goals that each court consisted of did not meet the requirements of Netball Victoria and would need to be adjusted.

The existing courts to be retained did not have any formal drainage infrastructure (i.e. spoon drain) at the new interface with the proposed courts. All run-off was directed to a stormwater pit in the vicinity via overland flow.

As the grades of the existing courts we a tad variable and not as smooth as the proposed courts, a 1.8m wide concrete pathway was used at this interface between the two courts to transition the slight change in grades between the court pads. This concrete pavement was also used to direct the run-off from the old courts to a new spoon drain which also drained the proposed courts. The spoon drain acted as a valley line between both the court pads.

The courts pavement was design to include a clay capping layer to bridge over the undesirable existing subgrade and prevent any moisture change to the material.

Swing basketball towers were used to address the issue with the existing goals being an issue for netball use (netball sleeves goals were included for netball use). The swing goals posts are located in alignment with the perimeter fence meaning in netball use the goal is swung back against the fence providing a compliant configuration for Netball Victoria. 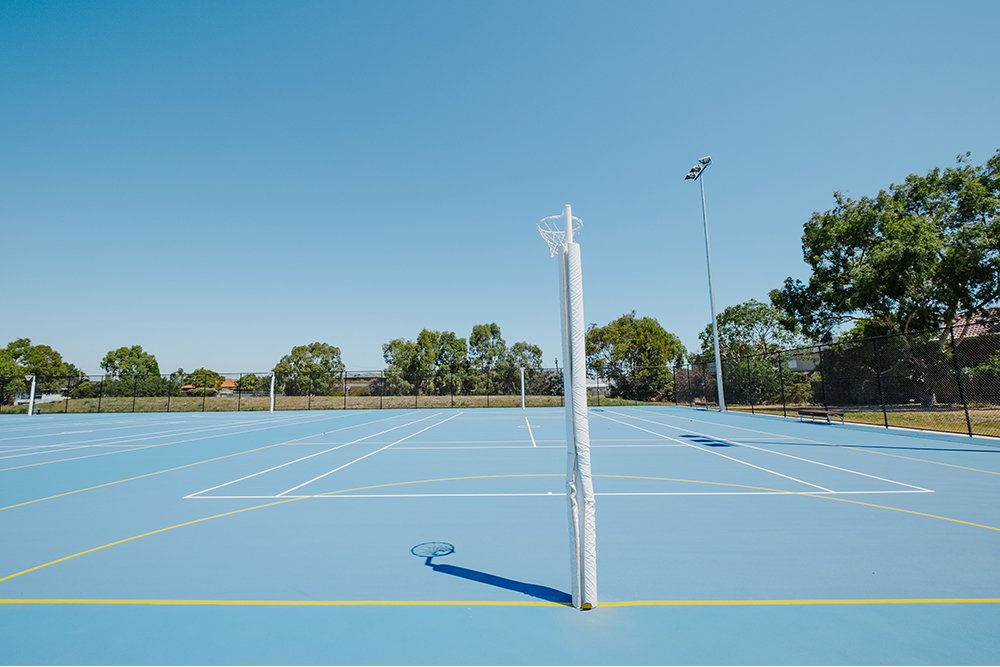 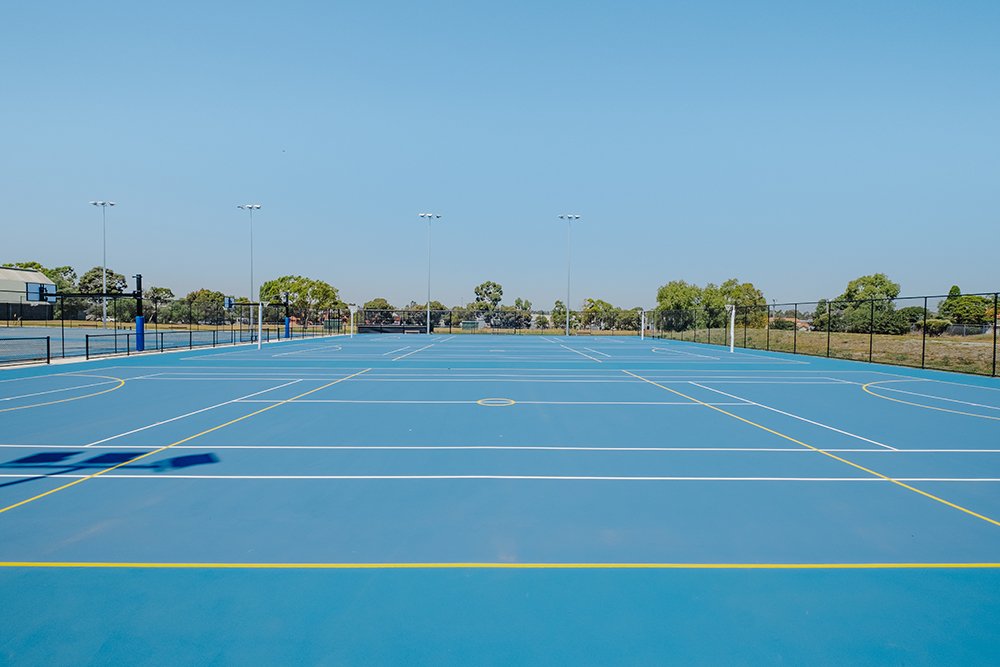 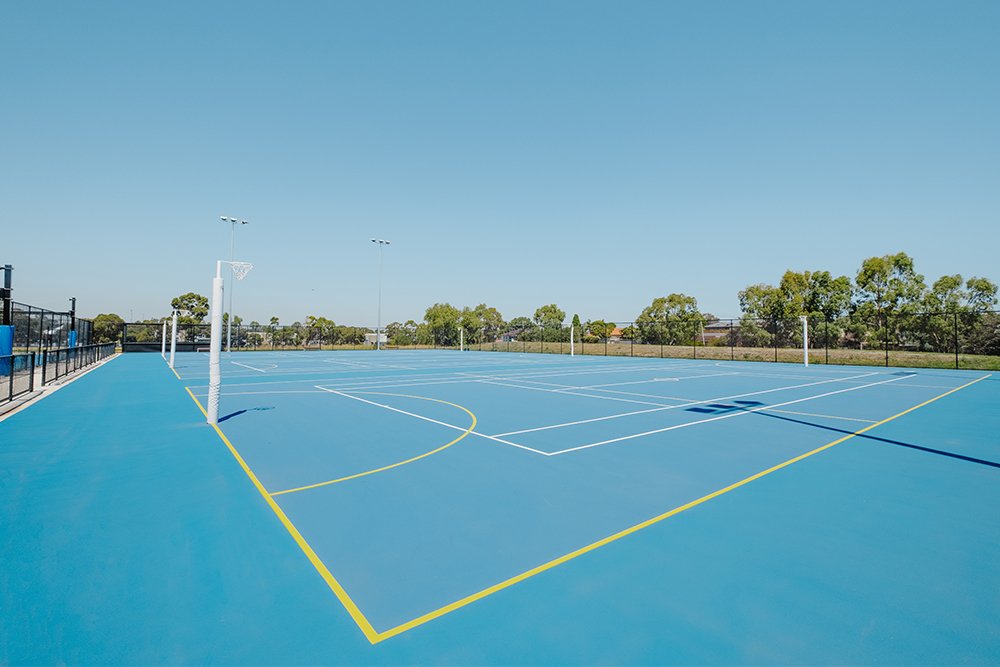 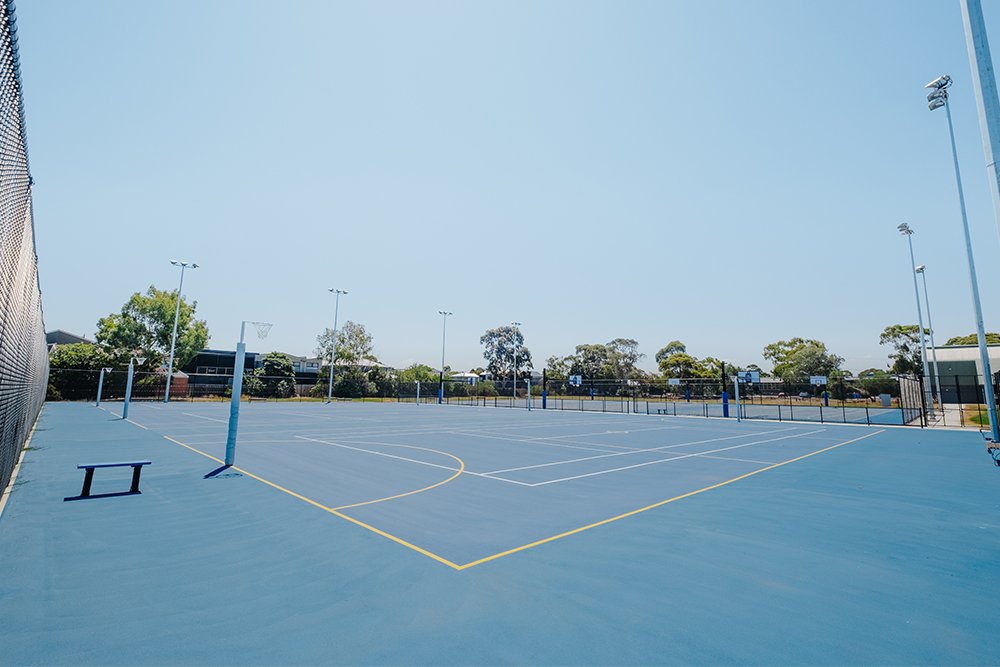 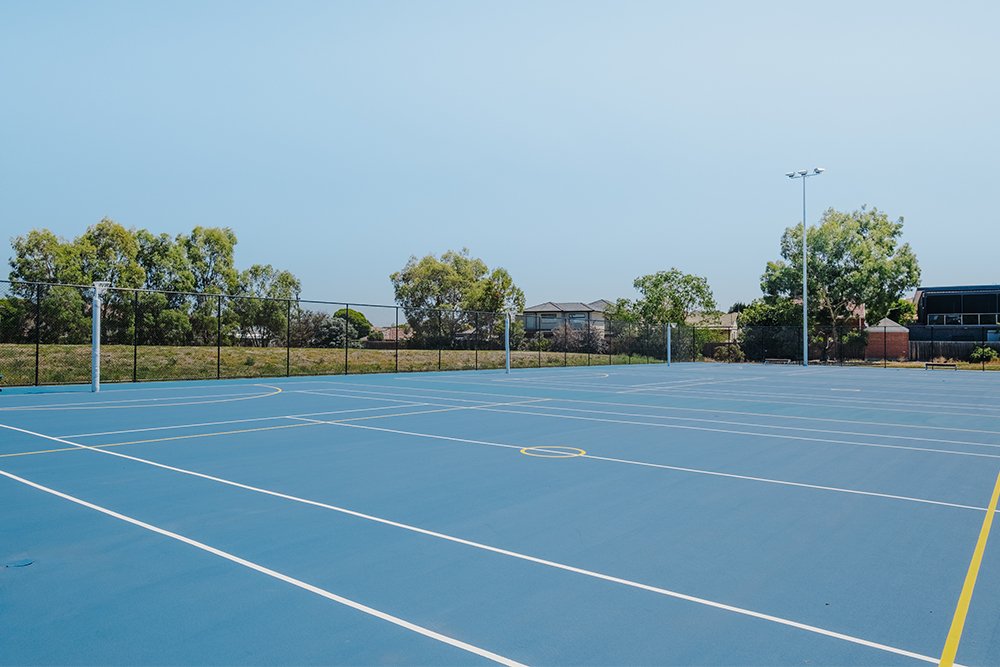 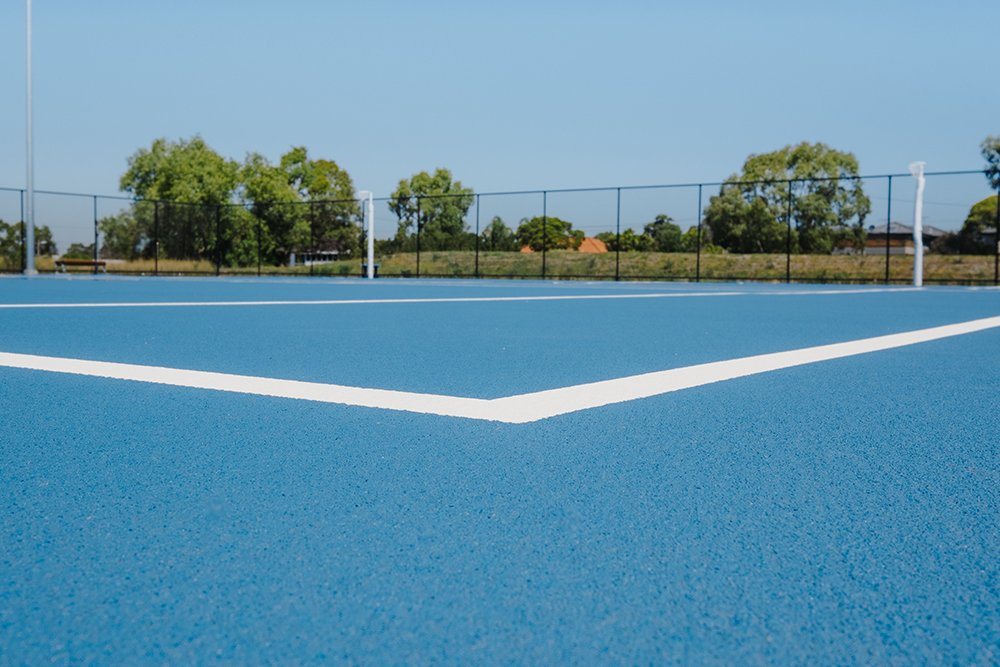 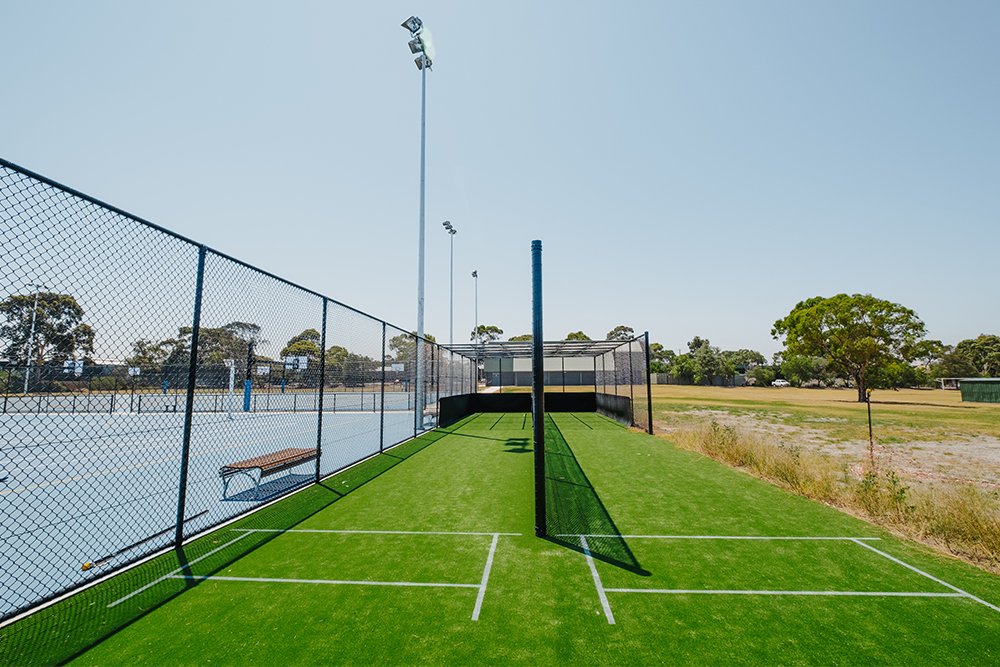 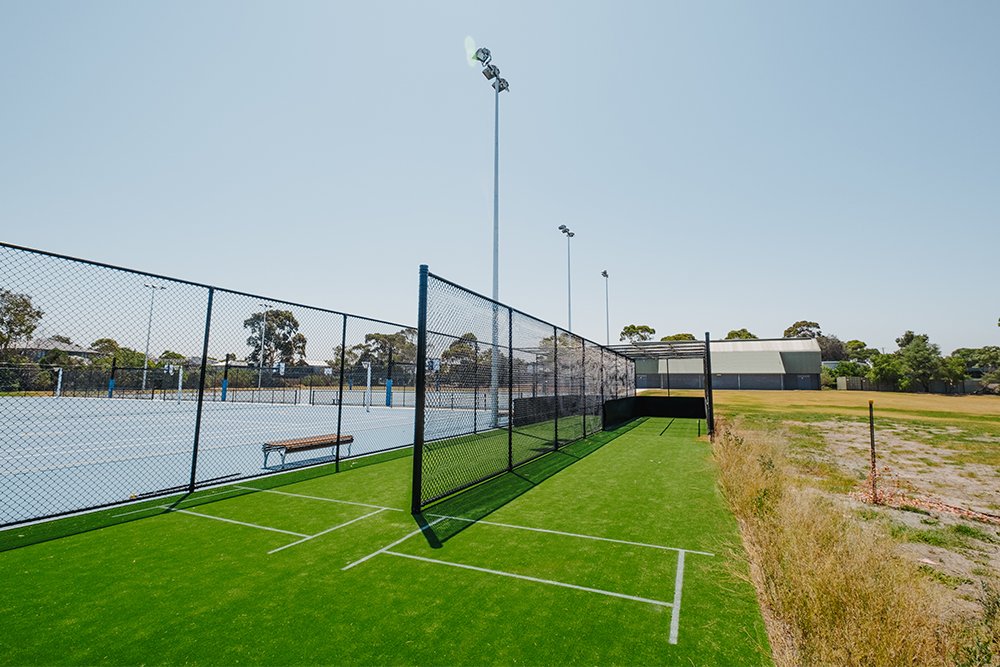 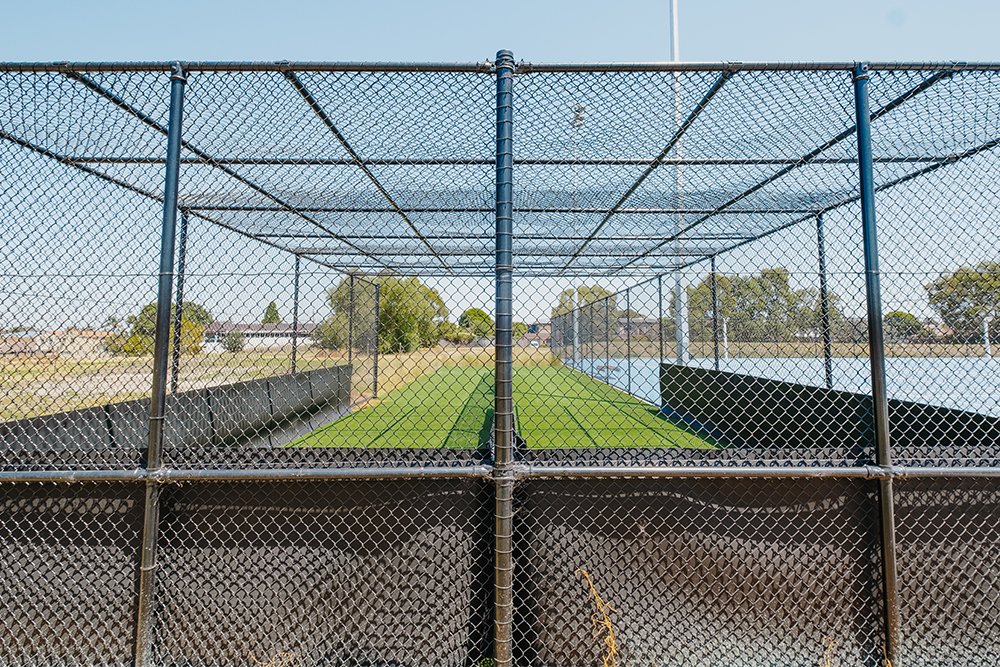 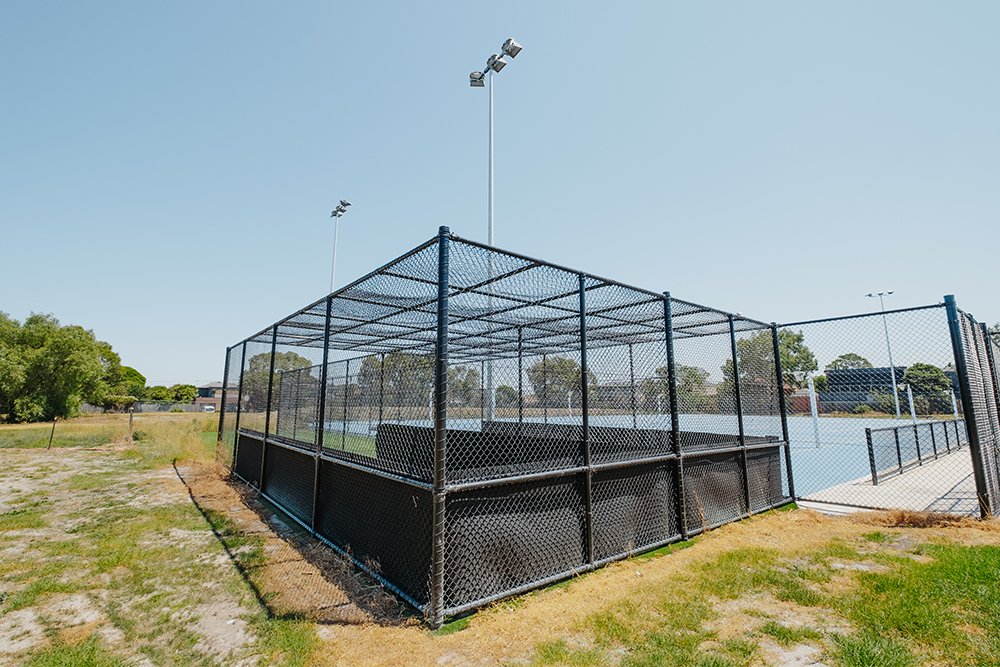 At completion of the project the school consisted of six Netball Victoria compliant courts, three of which comply with Tennis Australia requirements and the other three compliant with basketball needs.

The new facility will be utilised by the school and the public in accordance with the Victorian State Governments goal to increase the number of compliant netball courts within the inner-city region.

Designing a multi-use courts for students