In 2018, Australia’s premier football (soccer) competition, the A-league was expending. Potential Regions around the country were competing for one of the new licences. City of Casey, along with Greater Dandenong and Cardinia Shire councils partnered together to put forward a case for one of the new teams to be located within the region. Casey Fields was identified as the potential training facility for the new team which would also support soccer development in the region.

Unfortunately, the Team 11 bis - as it was known - was not successful, however the City of Casey still went ahead with the development of the soccer precinct. They engaged SPORTENG to design a greenfield site into an elite soccer precinct, in order to attract future elite football teams to the area and grow soccer in the region.

This project included the design and development of three synthetic turf soccer fields, one natural (hybrid) turf soccer field, car parks, internal footpaths and fencing surrounding the Centre, as well as access to the main road.

One of the biggest challenges we had to overcome was the drainage design for the precinct. The site was very flat, which created significant drainage challenges to the design team. Draining such a large, flat area can be complex, as it often requires the installation of large pipe work that is also placed very flat to convey the flows away.

The other challenge linked to drainage is that the drainage outlet itself is small and undersized for the proposed development, as it was originally designed for a greenfield site.

From a drainage runoff perspective, the synthetic turf fields are composed of mostly a hard impervious surface (under the synthetic turf profile), which generates more flow during storm events. Therefore, the network needs to be able to convey water flow at a much higher volume than its pre-development condition. 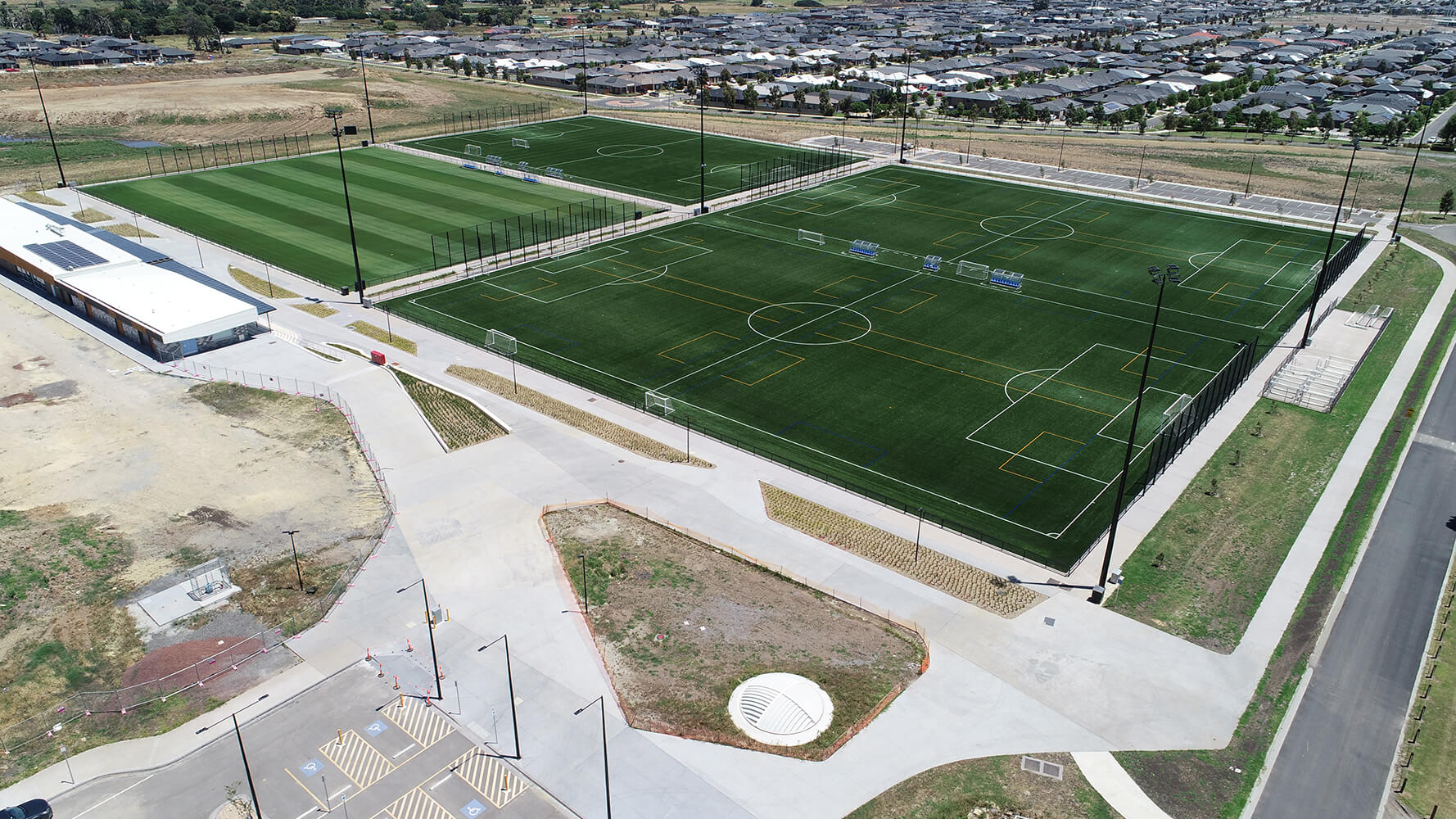 Typically, draining a field on a flat area generally requires the fields to be sloped. In this case, a 1% field slope was adopted which increased the levels of the overall site up to 3m in some locations.

This was achieved by importing engineered fill to build up the levels across the site, allowing pipe work to fall and drain away. The drainage becomes fully operational across the site and drains the water down to the drainage outlet mentioned above.

As for the drainage outlet, a solution has been designed to allow the outlet to store and discharge the water flow without creating any disruptions on site. Some storage capacity has been created along the drainage system leading to the outlet, allowing the water to get through the pipe under the road, but no faster than it previously could.

Regarding the car parks drainage design, we’ve decided to favour the overland flow drainage instead of a pit and pipe network installations under the road. 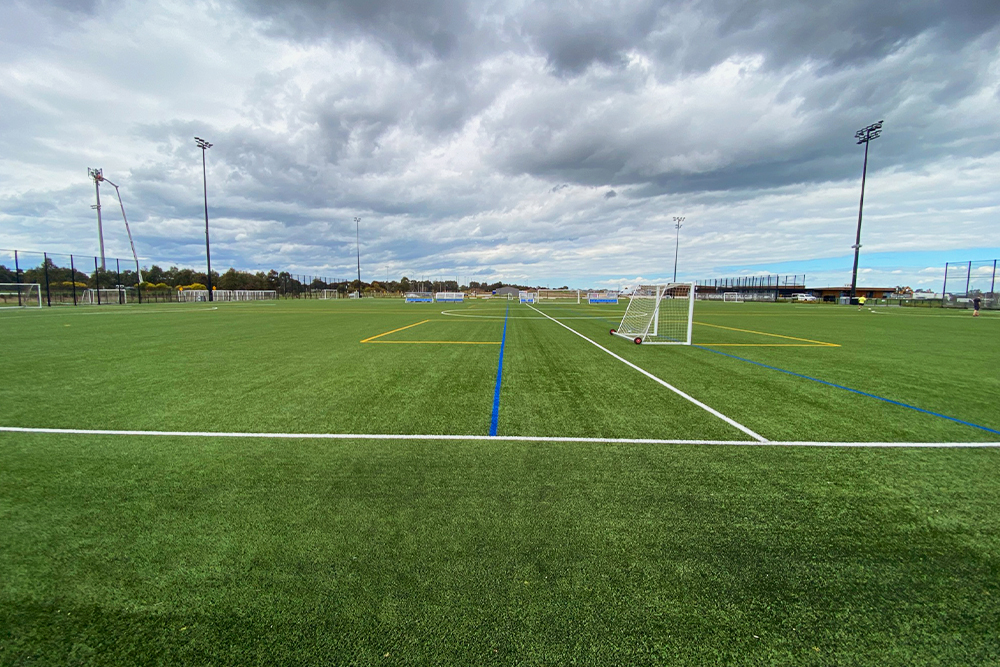 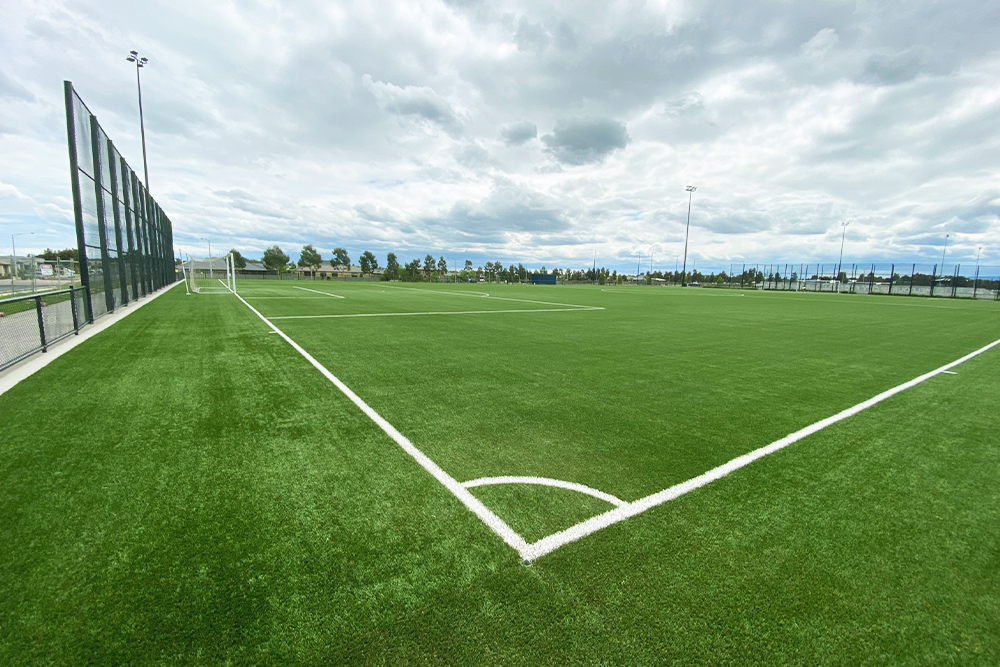 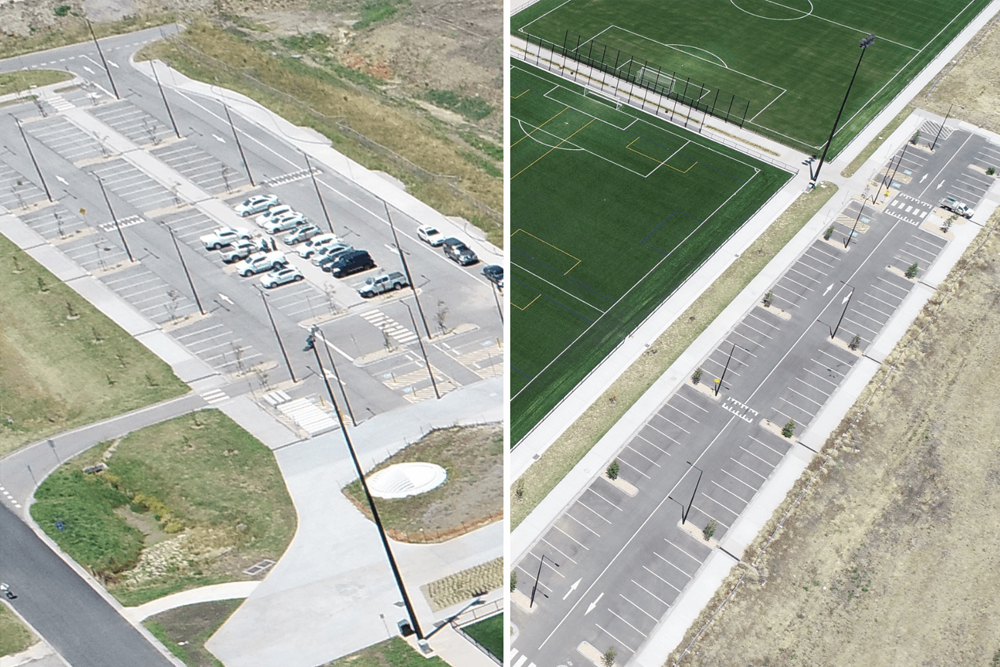 Car parks designed on both sides of Casey Fields.

While the Team 11 bid was unsuccessful (the winning bids went to MacArthur FC and the Western United FC) City of Casey delivered a first-class sport facility for their growing community consisting of four elite Fields of Plays; three synthetic turf and one natural turf (hybrid) pitches. 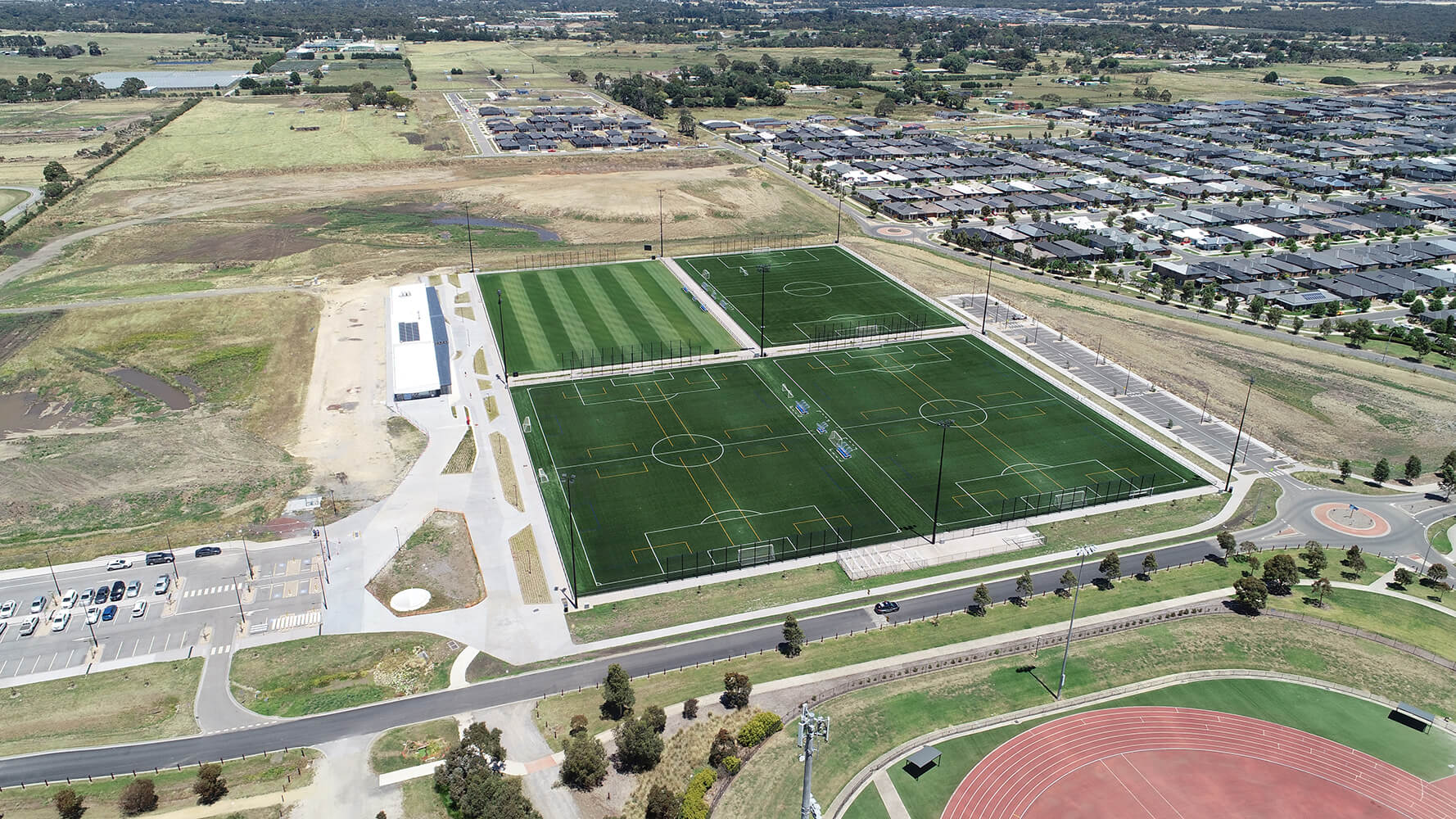 Aerial view of the Casey Fields soccer Centre of Excellence.

In February 2021, the Melbourne City Football Club, the Manchester city-owned A-League franchise, has moved its junior teams to Casey Fields, with its senior teams and administration set to start relocating in July 2021.

"This is a game-changer for the City of Casey and South East Melbourne.
We are proud of Casey Fields as an elite sport precinct, and the addition of a second, full-time professional club adds to its status as the region’s premium sporting precinct... [It] will result in wide-ranging economic and social benefits, as will the creation of much needed construction jobs for our local community."

Source: Melbourne City to move base to Casey Fields

Creation of a Centre of Excellence for the NRL VIC